What Would You Do To Get Your Student Loans Forgiven? 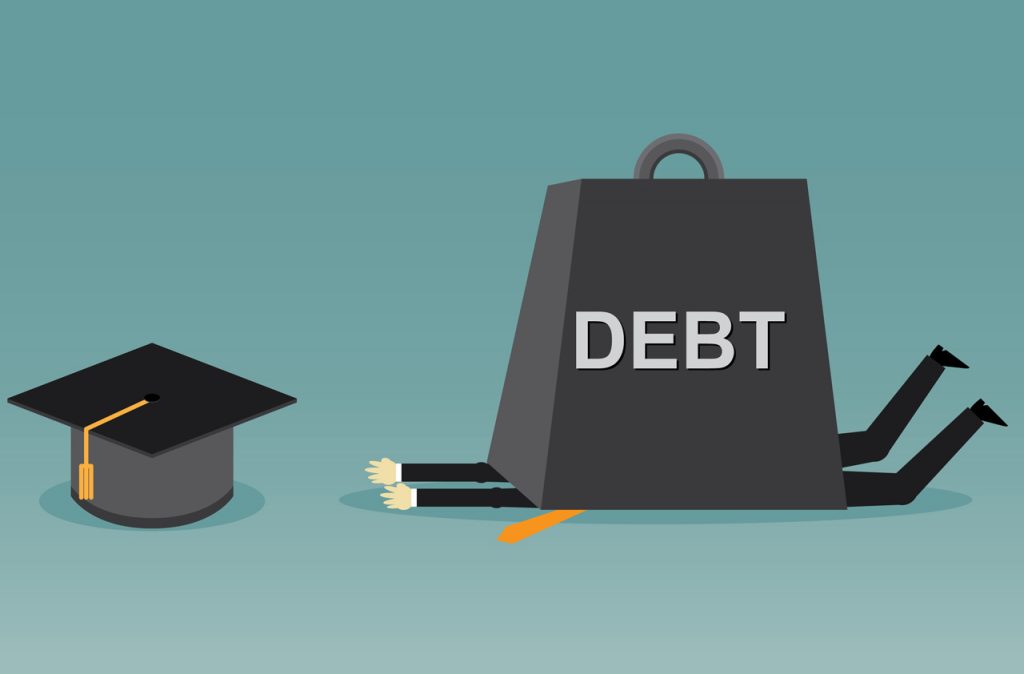 An article recently published by the NY Post revealed that 39 percent of graduates would prefer to spend a week in jail if it meant that their student loan debt would be forgiven. In a study where 1,000 undergrads and 1,000 post grads were asked what they would do in order to erase their student debt completely, in addition to going to jail, 51 percent said they would shave their head and 40 percent said they would never have caffeine again. I would not hesitate to do all three.

Earlier this month, A. Wayne Johnson, chief operating officer of the Office of Federal Student Aid, announced he will be resigning from his position and running for U.S. Senate in Georgia, hoping to propose a student loan forgiveness plan. This has become a popular topic lately as election season rolls around, with many candidates in the upcoming presidential election proposing plans to cancel student loans as well.

As someone with firsthand experience managing student loan debt, Johnson told the Wall Street Journal, “we run through the process of putting this debt burden on somebody… but it rides on their credit files – it rides on their back – for decades. The time has come for us to end and stop the insanity.”

It’s always reaffirming to hear there is a sensible person in the government who believes what millions of students have been saying for the last decade: the price of higher education has reached an insurmountable cost for the average American student. But what is the current government going to do about it?

Back in March, President Trump proposed a 10-point plan that would reform the Higher Education Act, supposedly making loans easier to pay back and placing a cap on how much students can borrow from the federal government each year. Making drastic reformations in this act is long overdue considering that in the 54 years since that act was enacted by President Lyndon Johnson, students have taken on over 300 percent more student loans than in the 60’s.

So far though, we’ve yet to see any changes implemented in the act that’s been governing the administration of federal higher education since 1965. Contradictory to the 10-point plan, in the 2019 budget proposal, President Trump proposed the elimination of subsidized student loans, which give a significant savings towards students who have financial needs. It was also proposed that the government eliminate the Public Service Loan Forgiveness program, which allows not-for-profit and government employees to be forgiven for their loans after 10 years of on time payments. The only thing this accomplishes is making vital jobs like teaching, law enforcement and public service less appealing since it lowers the desirability of usually low paying jobs that require a degree.

Whether or not we’re trying to prevent future generations from obtaining the amount of debt that millennials have accumulated or forgiving the debts already weighing heavy on our shoulders, it’s undeniable that action needs to be taken to lower the $1.6 trillion in student loan debt. While presidential candidates argue about how they’re going to forgive student loan debt and make college more affordable, I’ll just be over here sipping my decaf coffee in a hat to keep my bald head warm in jail.